A Guide to Adaptive Randomization based on a Patient's Characteristics 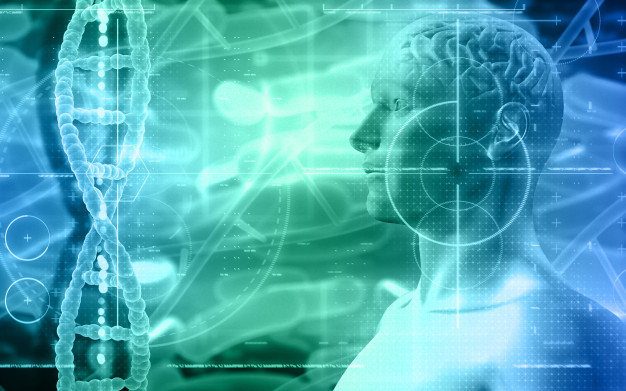 Another downside to randomized controlled trials is that they assume that every patient given the same treatment will react in exactly the same way. This is not the case. Many patients will react differently to a treatment due to their specific characteristics (also known as covariates). These characteristics could include a continuous covariate (e.g., age or weight), a binary covariate (e.g., gender or presence of a certain gene), or a categorical covariate (e.g., blood type). There are some response‑adaptive trial designs that include a patient's covariate value(s) into their treatment allocation probability calculation[5], such that the allocation probability to each arm depends on the covariate(s) of the individual patient.

Personalized medicine is a step away from the ʽone-size-fits-allʼ medical approach and instead tailors the treatment to an individual to produce the best response and ensure more effective medical care. Since the 2003 human genome project, human DNA can be mapped out and it is feasible to individualize medicine so that it targets a certain gene. As described by Vogenberg[6], personalized medicine usually targets groups of patients who do not respond well to regular treatment due to certain characteristics such as age, genetics and environmental exposure.

For example, when using response‑adaptive clinical trial design, if Treatment A is shown to be more effective in patients who are aged < 30 years, then the allocation probability for Treatment A should be larger for a patient who arrives into the clinical trial aged 26 years than for a patient who is aged 40 years. In this way, response‑adaptive trial designs will allocate more patients to the ʽbestʼ treatment for the individual patient, due to their specific characteristics, than a randomized clinical trial would.

There are multiple trials where the impact of a covariate value on the outcome of a treatment has been shown. These include `Effectiveness of antibiotics for acute sinusitis in real-life medical practice'[7]and `K-ras Mutations and Benefit from Cetuximab in Advanced Colorectal Cancer'[8].

There is a specific type of covariate called a biomarker. A biomarker is defined as ʽa characteristic that is objectively measured and evaluated as an indicator of normal biologic processes, pathogenic processes or pharmacological responses to a specified therapeutic interventionʼ[9]. Biomarkers are further separated into two subgroups: prognostic and predictive.

Yang[10] assumes each treatment within the clinical trial has an unknown probability of producing a positive outcome in each patient. This probability, which is dependent on the covariates of the patient, can be estimated using information from previous patients.

We have slightly altered the algorithm proposed by Yang[10]. This altered algorithm is shown below:

This algorithm selects the currently estimated ʽbestʼ treatment for patient n with high probability; therefore, it will produce more successful outcomes in patients than a randomized controlled trial with the same treatments. Thus, patients are more likely to join the clinical trial as they are more likely to have successful outcomes. Hence, recruitment for the clinical trial is expected to be easier and quicker than in an equal randomized controlled trial.

A Phase II/III clinical trial investigated the effect of catumaxomab in the treatment of malignant ascites (ClinicalTrials.gov Identifier: NCT00836654). Malignant ascites are the fluid build‑up between a patient's abdominal wall and their organs and is caused by a cancer[11]. This study showed that the treatment of malignant ascites due to different epithelial cancers was improved by the use of catumaxomab plus paracentesis. This treatment prolonged puncture‑free survival (PuFS) when compared with paracentesis alone (median PuFS: 46 days vs. 11 days, p < 0.0001). In the original study, PuFS was the primary endpoint and overall survival (OS) was a secondary endpoint. The treatment catumaxomab plus paracentesis versus paracentesis alone also showed an improvement in OS; however, the improvement was not statistically significant (median OS: 72 days vs. 68 days, p = 0.0846).

Catumaxomab was further investigated by Heiss[12], in regards to the effect of biomarkers on treatment. Heiss et al performed a post‑hoc analysis on the impact of several biomarkers, which found that two predictive biomarkers were significant. Patients who had a relative lymphocyte count (RLC) > 13% and a Karnofsky index (KI) ≥ 70% were shown to have an increased OS if given catumaxomab treatment instead of the control treatment, while no treatment effect was observed in the complementary groups.

Kaplan‑Meier curves for each subset of patients based on simulated data using the results from the post‑hoc analysis[12] show that the treatment effect varies depending on which subgroup the patient is in (Figure 1, Figure 2, Figure 3 and Figure 4). It can be seen from the plots that the two biomarkers, RLC and KI, are predictive. Therefore; this is a situation where a response‑adaptive trial (using a patient’s covariate values to calculate a treatment allocation probability) could be used.

In order to include a method to allocate patients depending on their RLC and KI values, the design of the clinical trial must include some prior information about which covariates are significant and at what value the continuous covariates would be split. Therefore, a response‑adaptive trial design would be useful in this situation, but only if it was hypothesised that RLC and KI were significant biomarkers above 13% and 70%, respectively, before the trial began.

The ability to predict response to cancer therapy is an important area of clinical research and there have been many attempts to identify biomarkers that correlate to positive outcomes for a patient[12]. Therefore, identified biomarkers could be used to choose patients who will benefit most from the treatment and, hence, guide treatment decision making for personalized medicine.

Quanticate's statistical consultants are among the leaders in their respective areas enabling the client to have the ability to choose expertise from a range of consultants to match their needs. Our team would be happy to provide support and guidance for your Adaptive Trial Design. If you have a need for these types of services please Submit a RFI and member of our Business Development team will be in touch with you shortly.

[2] (2019, January 23). Retrieved from What is cystinosis?: https://www.cystinosis.org.uk/learn-more/what-is-cystinosiss/

Holly Jackson
Holly Jackson is a PhD student at the University of Lancaster who is being sponsored by Quanticate. Holly's research is on rare disease research and d... read more