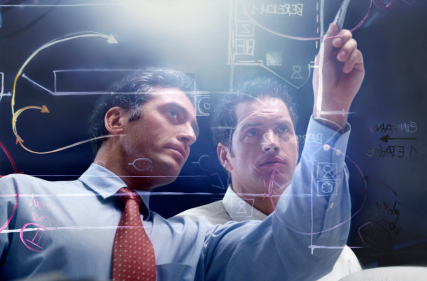 Pre-clinical trials, involving experiments in-vitro (literally ‘in glass’, i.e. in the laboratory, typically involving cells) and in-vivo (‘in animals’) are an essential part of drug development as it is a regulatory requirement  to investigate the safety of new drugs in-vitro and/or in-vivo before they are tested in humans. These trials can also be used to investigate the potential efficacy of new compounds.

There is currently no formal requirement for a statistician to be involved in pre-clinical trials; however, it is clear that their expertise could be a valuable asset to a pre-clinical study team. Statisticians can work on a variety of aspects, as they do in clinical trials, including study design, randomization, sample size estimation, statistical methodology, and analysis and reporting as well as offering statistical consultancy, training and computing advice.  Statisticians help ensure that experiments are designed, run and analyzed in the best way to meet the study objectives, thus reducing the likelihood of having to repeat experiments, which  has time, cost, and potentially ethical (through excessive use of animals) implications. If an experiment is not designed appropriately it is almost impossible to make definitive conclusions.

Reducing the potential for bias is vital. In some respects bias can be minimized by ensuring that the conditions of the experiment are consistent. As per the Good Laboratory Practice (GLP) guidelines, a detailed protocol should be written to help to ensure that all lab workers and all labs participating in the trial work to the same specifications (although it is important to recognize that there may still be bias associated with these factors).

In-vitro studies involve the use of assay plates which consist of a number of wells. Within each well cells are exposed to different treatments or doses before the endpoint of interest is measured.  The number of replicates required for each dose/treatment will be dependent on the statistical tests to be used in the analysis. Often, for convenience, all replicates for treatment A will be completed, followed by treatment B, and so on. This could potentially introduce bias to the experiment which could be mitigated by randomizing the order that each treatment is applied using randomized blocks and Latin squares designs.

The design of animal experiments is often very similar to that of human trials, where testing includes drawing blood samples, measuring physical attributes (such as weight) and collecting urine and faeces. Alternatively a trial may involve the sacrifice of animals at specific time points so as to examine the internal organs. As with human trials, a number of designs can be used in animal experiments,. Most common are: completely randomized, randomized block and factorial designs. However others such as sequential, crossover and Latin square designs can be used.

Studies aimed at looking at dose-response and estimation of an LD50 or ED50 should consider as wide a range of doses as possible so as to characterize the dose-response curve and ideally include at least 5 doses. It will be impossible to predict the LD50 of a drug from an experiment whose doses all lie in the range where no toxicity occurs, or conversely whose doses all elicit maximal toxicity.

There has been some discussion on whether pre-clinical trials should be pre-registered, as clinical trials are, to reduce publication bias. If pre-registration does become compulsory there will be a greater need for trials to be designed and analyzed appropriately. Statisticians have the skills and knowledge required to work with toxicologists and clinicians to make sure that studies are designed and analyzed so as reduce bias and meet the objectives of the study.

Authors note: This blog was originally published on 25/05/2011 and has since been updated.