The Trend in Biosimilar Development and Recent FDA Guidance 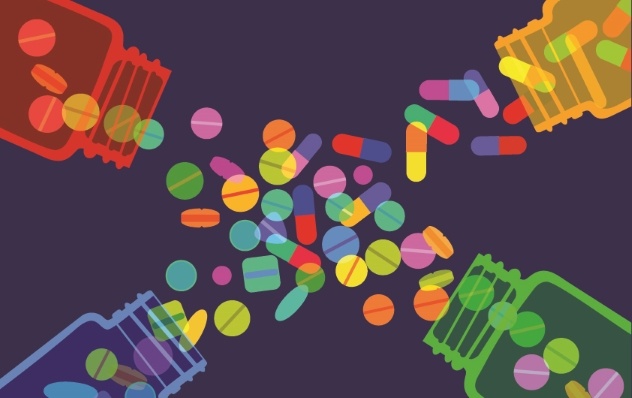 At the present time, the regulatory and drug development communities are adapting to a rising trend in biosimilar development in a number of therapeutic areas.

The regulatory framework for biosimilars in the US is still evolving; the number of biosimilars approved by the FDA in 2015 was 1, this rose to 4 in 2016 and is set to increase in 2017. The FDA is developing and consulting on draft guidance documents that will shape future trials, and at this early stage there are a number of legal issues to be agreed around licencing conditions, such as the period of exclusivity and the applicability of the biosimilar to all approved indications of the reference product. To put this in context with the European landscape, biosimilars have been approved and used in the EU for over a decade without highlighting any major safety concerns. As of April 2017, there were 28 approved biosimilars in the EU on 11 different biologics. However, there are aspects of the emerging FDA guidance that will almost certainly be reflected in the evolution of trial designs in the future, for products aimed at the US market.

One such aspect is the need to demonstrate ‘interchangeability’. This requirement is currently beyond the requirements needed for FDA approval, which is founded on an expectation of high similarity with the reference product (notwithstanding minor differences in clinically inactive compounds), and in particular no clinically meaningful differences in the safety, purity and potency of the product. The more stringent concept of interchangeability states that a biosimilar should have an expectation of the same clinical result as the reference product in any given patient, and for a product that is administered more than once, there is no additional risk to safety or efficacy as a result of alternating or switching products.

The designation of interchangeability is set to become increasingly important, as the FDA draft guidance document issued in January 2017 has set new expectations. This guidance states a requirement for at least one switching study involving 3 or more switches between the biosimilar and the reference product, which presents a number of challenges in trial planning and the statistical evaluation of evidence.

Typically, biologic products have relatively long half-lives, suggesting that parallel group designs would be more favourable than cross-over designs requiring a wash-out period. However, cross-over designs allow the estimation of both between- and within-patient variability, which seem important to start to address the ‘any given patient’ criteria as proposed by the FDA. The cross-over element can be added to existing parallel group trials designed primarily to address biosimilarity by incorporating a re-randomisation stage after the initial follow-up period. Such ‘integrated’ studies then allow demonstration of both high biosimilarity and interchangeability. Re-randomisation implies the possibility of a patient switching treatment, but also allows some patients to be randomised to the same treatment. This extended exposure provides valuable information about long-term efficacy and safety.

When considering a de novo switching study, a cross over design would again seem an informative choice, although the simple 2-period design would fall short of the requirements to assess interchangeability, in particular the ‘alternating’ specification. Treatment sequences from Test (T) to Reference (R) product and vice versa, need to be expanded to sequences involving TRT and RTR to accommodate alternation. More extensive designs such as a 4x2 crossover design (eg, a modified Balaam’s design) can investigate both switching and alternating and allow good estimation of within-patient variability.

The statistical analysis of biosimilar trials is centred around pharmacokinetic (PK) parameters, safety, immunogenicity and efficacy endpoints, which could be termed the endpoint domains. PK analysis involves the calculation of equivalence limits (ie 90% confidence bounds of the Test-Reference ratio estimates should fall within 80-125%).  For the other endpoints domains, the target range may be derived from clinical judgement or meta-analytic methods. Such analyses can be applied to each of the treatment sequence groups, in each of the endpoint domains,

More general methods have been proposed for assessing the totality of evidence from each of the arms of the cross-over design and specifying a unified acceptance bound 1. Although this approach encompasses all the endpoint domains that contribute to the assessment of biosimilarity, in practice the application of these methods requires subjective specification of weights for combining each domain. Alternatively, model-based methods have been recently proposed that estimate the main treatment effects of interest in addition to a parameter for switching, and allow a relatively straight-forward interpretation of the statistical significance of the evidence for an effect of switching.

Another key feature that requires due attention for regulatory submissions is the approach to handling missing data. Whilst it may still be the case that simple imputation methods such as LOCF or, for binary endpoints, non-responder Imputation, might be used as primary methods, provided that a solid rationale for their use is given, the expectation for more sophisticated approaches is growing. Methods such as multiple imputation and tipping-point analyses are often required by the FDA as key part of the submission package, and should at least form part of a sensitivity approach.

Finally, the approach to design and analysis will be influenced by the therapy area in which the biosimilar is being developed. For example, the FDA recommends that integrated studies are conducted among study populations that are adequately sensitive to demonstrate the effect of switching, with sufficient variation observed in the PK characteristics. Different products and patient populations will also determine the possibility of severe immunogenic reactions. Products with a documented history of inducing detrimental immune responses may require more data to support a demonstration of interchangeability.