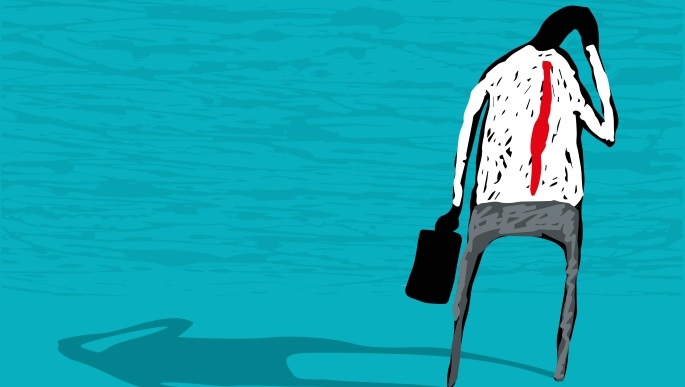 The blog was orginally presented by one of our statistical consultants at the Statisticians in the Pharmaceutical Industry (PSI) 2017 conference.

Inflammatory rheumatic diseases, such as ankylosing spondylitis (AS), are a major cause of work disability. Despite clinical progress in inflammation control and associated improvements in outcomes, work disability remains an issue for AS patients, and other underlying causes, such as fatigue, have been postulated. We have used data from an observational study, which followed a large cohort of AS patients in routine clinical practice for 12 months, to investigate the longitudinal relationship (data at baseline, 6 and 12 months) between fatigue and work disability in the presence of other recognised confounders. Initial results suggested possible inter-relationships between the effects of fatigue and anxiety/depression, leading to a post-hoc hypothesis that:

“The effect of fatigue on work productivity loss (WPL) is mediated by anxiety/depression (A/D)”.

ct, cd, a and b can found from the coefficient estimates in linear regression (using, for example, SAS PROC GLM). The “a.b” product can then be calculated; and the 95% confidence interval (CI) found by bootstrapping methods (as the a.b product will not be normally distributed).

However, in our study not all variables are continuous:

Y = Work Productivity Loss: calculated as a percentage and so a continuous variable;

X = Fatigue: patient-assessed on a Visual Analogue Scale (VAS) and so a continuous variable; but

M = Anxiety/Depression: patient-assessed using the anxiety/depression dimension of the European Quality of Life 5 Dimensions (EQ-5D) questionnaire and so an ordinal variable (None/ Some/ Extreme problems). We dichotomised this variable as None (M=0) vs. Some/ Extreme (M=1) due to a low “Extreme” event count.

The model relating X to M then becomes:

The solution was to model the probabilities (rather than log odds) using a binomial distribution and identity link1 (using SAS PROC genmod/glimmix) so that the expected change in Y due to a unit change in X via the binary mediator is again given by the a.b product. The 95% CI can again be found by bootstrapping. PROC GENMOD and PROC GLIMMIX give very similar results but the standard errors (and so 95% CI) tend to be more robust using PROC GLIMMIX.

The model relating X to M then becomes:

SAS macros were developed to calculate the direct and indirect effects (with 95% CIs) for all combinations of continuous/binary Y, X, and M. Where the mediator was binary, the above approximation method was used. This allowed all pathway strengths to be estimated with the 95% CIs indicating significance (at the 5% level) or not.

Because the method used for the binary mediator was an approximate method, an additional SAS macro was developed to implement a method by Dawn Iacobucci2 which tests the significance of the mediating effect. This method calculates a Z statistic based on the standardised coefficients of X in the model to M ((3) or (4)) and the standardised coefficients of M in the direct path model (2), which can be used to test significance; but it does not estimate the indirect effect (pathway strength).

The methodology has allowed us to evaluate the hypothesised causal chain; and specifically, to investigate and understand the mechanism by which fatigue affects work productivity loss.

The results suggest that the strongest pathways from fatigue to work productivity loss are direct; and do not support the hypothesis of mediation through anxiety/depression.

The method can be developed to use with multi-categorical variables.